PIONEER IS PROUD TO BE EMPLOYEE-OWNED.

Pioneer became Employee-Owned in December 2018. Founders, Tom Heinold and Tim Hoh, had a desire to establish a succession plan that maintains the culture of Pioneer while rewarding employees for their dedication. All eligible employees are part owners at no cost to them through an Employee Stock Ownership Plan (ESOP). ESOP adds financial motivation and ownership responsibility, as research studies consistently show that employee-owned companies perform better than companies that are not employee-owned.

WHY YOU SHOULD WORK FOR AN ESOP COMPANY

Research studies consistently show that employee-owned companies perform better than companies that are not employee owned.  Pioneer is living proof! Since establishing our ESOP in December 2018, our company has grown and prospered maintaining a solid backlog while continuing to invest in our products, processes and most importantly, our people!

TOGETHER. EVERYONE. ACHIEVES. MORE.

Employees tend to work harder when they’ve got some ‘skin in the game’. Being able to directly benefit from the overall success and profitability of the company adds significant financial motivation to work harder, think creatively, and work efficiently as a team. This synergy creates a far more rewarding work environment.

The value of the ESOP is dependent on the success and profitability of the company, so the value of ESOP shares can fluctuate over time. Generally, a 7% growth is average, but if the company does especially well, there can be incredible share value increases year to year. Over time, ESOP allocations can add up to large numbers. Plus, unlike a 401(k), employees do not contribute any of their own money towards their ESOP, so anything they receive is extra and at no cost to them.

There is no such thing as a perfect job or a perfect company and you’ll likely experience ups and downs no matter where you work. An ESOP is an amazing benefit that is incredibly rare to come by, as there are only approximately 10,000 ESOPs in place nationwide, with far fewer that are trucking companies. 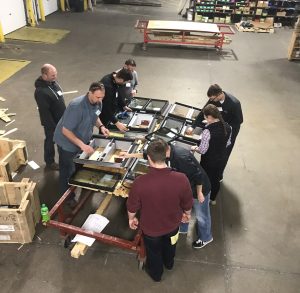 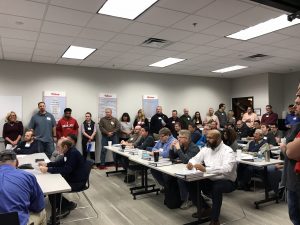